In my series of racial redesigns, i arrived at the Standard race. For quite some time, i was like, what to do with them? They were the sort of uninteresting ‘filler race’ in Star Temple TD, having the role of common easy enemies, without any special traits. For some time it was in question to even make them a playable race at all. Then they started to take shape as my universe’s noble race. Traditional, honorable, diplomatic. Having beautiful, ornate ships to reflect that.

This one again, took much longer to complete than expected, but the result might be worth it. It was the biggest redesign this far as well. Also the first one, where the color scheme changes as well compared to the one it’s based on. Could not decide which one to make the race’s base color scheme yet, so multiple variations included. Even if decided, alternate schemes might be used for ship customization. You are welcome to tell me which one is your favourite. 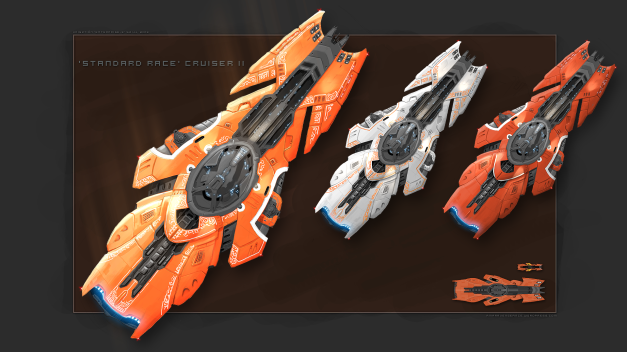